Dear Garden Appreciative Friends,
The summer season is upon us. The weather already another quandary, with our August rains coming in July, but at least the brutal heat and humidity have been phasing in and out so far. In the Garden things seem to be growing well as long as there is proper soil drainage for this water-logged July. Roses were gorgeous in June thanks to a milder winter, but the tomatoes just don’t like the constant moisture. Our old potted Bougainvillea has never been so beautiful, and the early phlox and lilies seem almost too big for their britches. 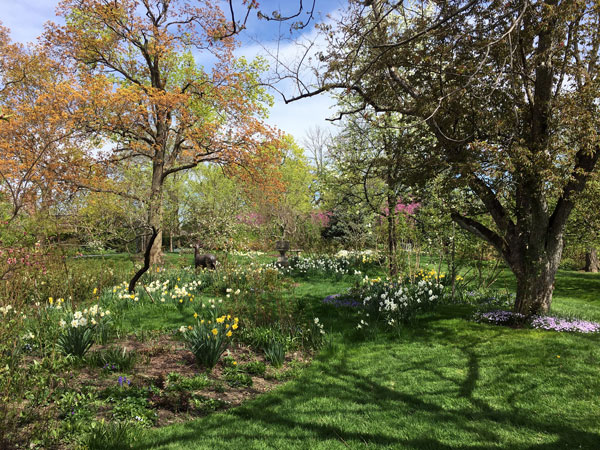 Dear Fellow Lovers of Spring,
Well, we’ve waited a long time for it, But Spring has finally arrived in the garden! 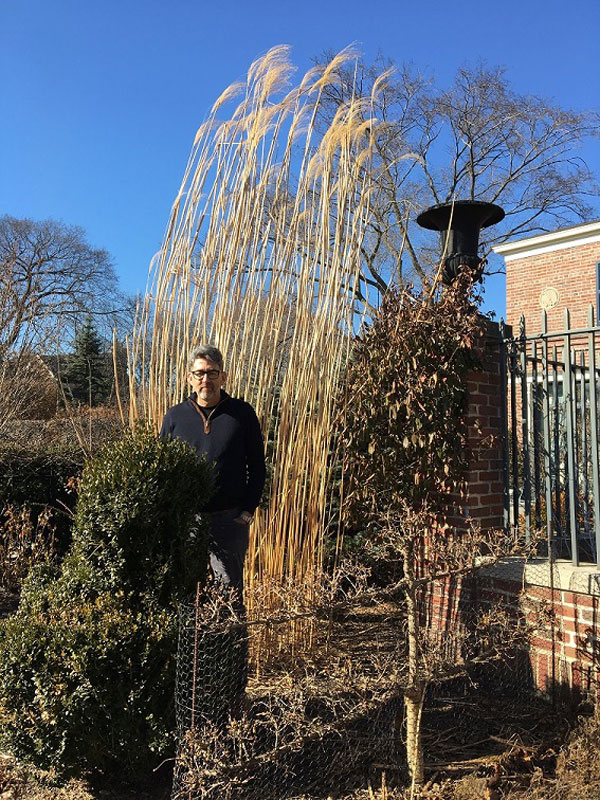 Hello folks.
I’ve been remiss in sending out my winter greetings to you and I apologize for that. This late fall and early winter has been a whirlwind for me personally with selling our old place in Michigan, health issues with the family, and on and on… 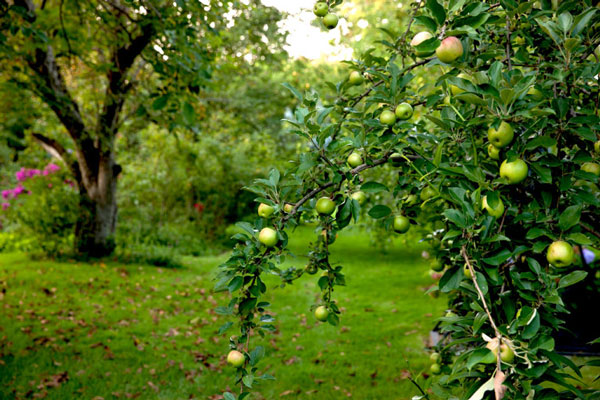 I feel the chill of autumn in the morning and early evening air now. Amazingly, though it is the case every year, the color intensity in the garden is like an explosion. The palest pinks and yellows become saturated and brilliant. The reds, purples and oranges become the stars of the borders – our very own Technicolor treasures. 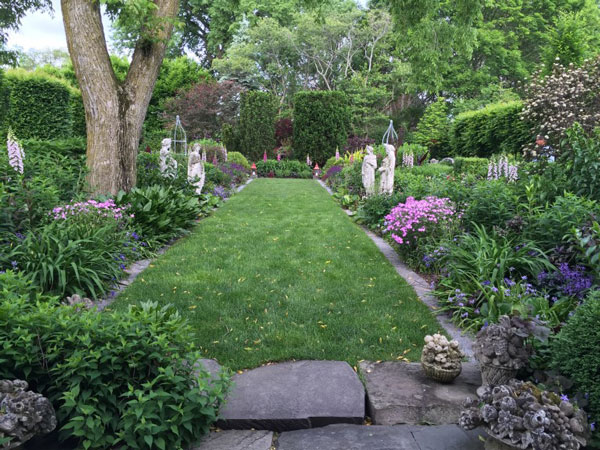 Have you ever seen a more spectacular start to summer? A friend of mine said recently that with all the consistent moisture of this spring, we have entered into a phase of “Jurassic Gardens.” The luxuriant growth of deciduous woody and herbaceous plantings here in our garden amazes us. This week, we are eagerly anticipating something spectacular from the delphiniums in our Blue Border. Lobelia flowers are still tumbling from our planters accompanied by a myriad of summer seasonal beauties. Most exciting to me is our rare display of old and modern climbing and shrub roses. I think June of 2016 will go down in the record books as one of the most beautiful for rose-flower displays…who knows what next year will bring?

Dear Friends,
I write this letter to you shortly after the vernal equinox, a day when many in human history have looked to the power of the sun for guidance. Since the time change, it has been so nice to see the sun in the late afternoons instead of the gloom of long nights. I have always treasured early spring and listening to the robins singing at dawn as if they were resident roosters. Our mild winter this year has revealed many an early sprout, including our lungworts (Pulmonarias) who seldom show their coral, white, or blue bells until early April. Emergent perennials in the borders are revealing that many delphiniums survived and the lavender didn’t freeze hard back to the ground for once.